Ras Peynado, owner of Herban Farm, grows, harvests, processes and produces artisanal sauces, spice rubs, and topicals at his small urban farm and WSDA licensed kitchen in Seattle. His mission at Herban Farm is to make cooking fun by enhancing the flavors of food with his hot pepper & flavorful herb products.

“I specialize in growing peppers that are added to many of my blends. I have also started growing medicinal herbs and flowers and make body products like my Recover Pain Salve. One of my best selling products is my Hot Honey Sauce,” Ras Peynado said.

Ras was born and raised in Seattle, Washington. Growing up, his mother worked as a craftsperson at the Pike Place Market and eventually became Market Master and Farm Program Manager. Ras’ father lived in Jamaica where he worked as a fourth-generation farmer… and a very humble Rasta man.

After a trip to Jamaica, Ras decided to follow in his parent’s footsteps. In 2010, he began growing herbs and hot peppers on his urban farm in North Seattle while developing recipes with his friends and family. Herban Farm was officially established in 2012.

You can find them on the farm tables in the Market’s main arcade. Their products are also available for purchase online. 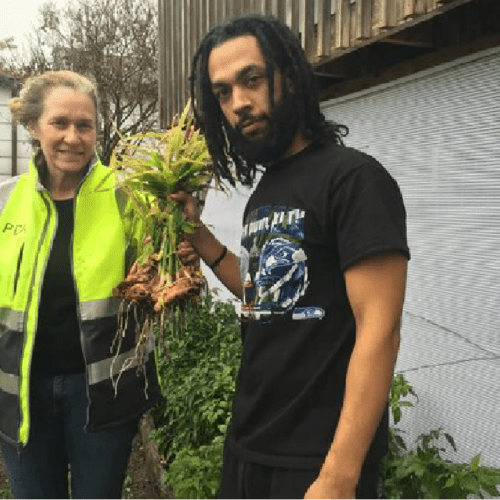 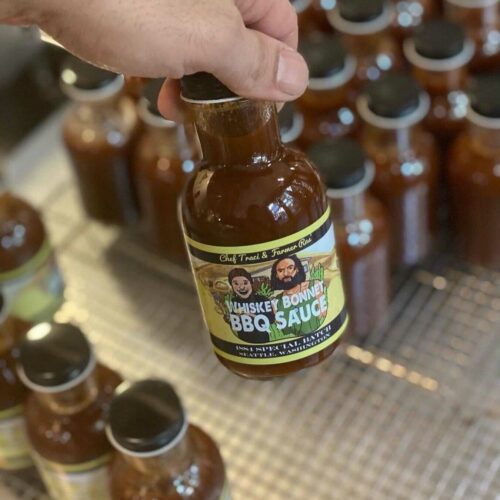 “I was at the Market behind the table as a baby when [my mom] was selling shirts, and later when she was in the office I’d come down and see the market behind the scenes. It was always the place I was supposed to end up.”