About the Giant Shoe Museum

Resembling an entrance to a circus sideshow, the Giant Shoe Museum is a flamboyant presence at Pike Place Market. While it is essentially a single exhibit wall, it occupies a sizable chunk outside Old Seattle Paperworks.

The Museum displays part of the collection of Danny Eskenazi, who became obsessed with giant shoes after he’d learned that his grandfather had once owned a wingtip worn by Robert Wadlow, the world’s tallest man.

Eskenazi offered $1,000 to anyone who could find that Wadlow shoe. It remains lost, but his efforts led to the discovery of the other shoes that are now displayed in the Museum.

Visitors can drop quarters into coin boxes, peer through stereoscope-style viewing slots, and are rewarded with views of various giant shoes, including another size 37 brogue worn by Wadlow. 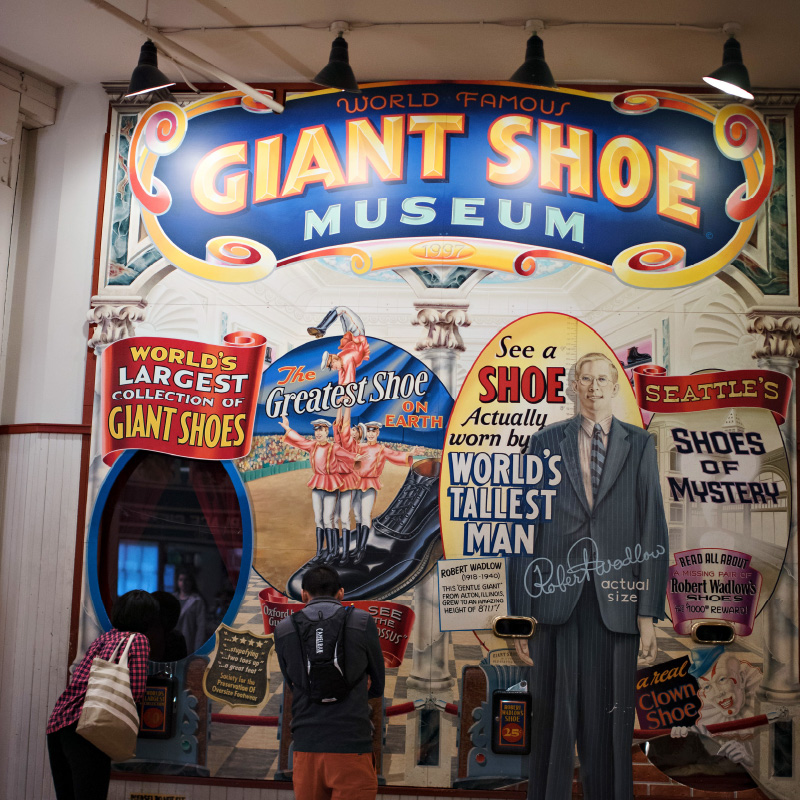