MJ Yarns is the creation of Jonathan Berner. Jonathan started knitting in 2008 to save the planet by making his own clothes. It didn’t take long to realize that there wasn’t enough time in the day to make that happen, but as he learned to knit, he fell in love with the history, the engineering, and the process of creating beautiful things with yarn. Jon quickly went down the rabbit hole of fiber and started to spin, weave, process wool, and more.

In 2013, Jonathan’s obsession with all things yarn grew to a point that he decided to make it into a career. His amazing friends in the yarn world said that dyeing yarn was the way to go. Jon sold his first yarn to Shuttles, Spindles, and Skeins in Boulder, Colorado in January of 2014. By June of that year, he left his grown-up job and has been supporting himself with yarn ever since.

In 2018, Jonathan moved home to Seattle, Washington, and began selling yarn at Pike Place Market. You can find his yarn there every day that the Market is open. Jon sells yarn, knitwear, and handmade wooden yarn tools. Products are also available 24/7 at MJYarns.com.

Happy Pride! Whether you’re interested in shopping or entertainment, Pike Place Market has a range of ways to show your support for the LGBTQIA+ community this month. When the sun sets on Thursday, December 16th, our MarketFront Pavilion will turn into a joyfully lit winter wonderland. Shop an extensive selection of handmade gifts + enjoy live music, seasonal cocktails, and snacks! 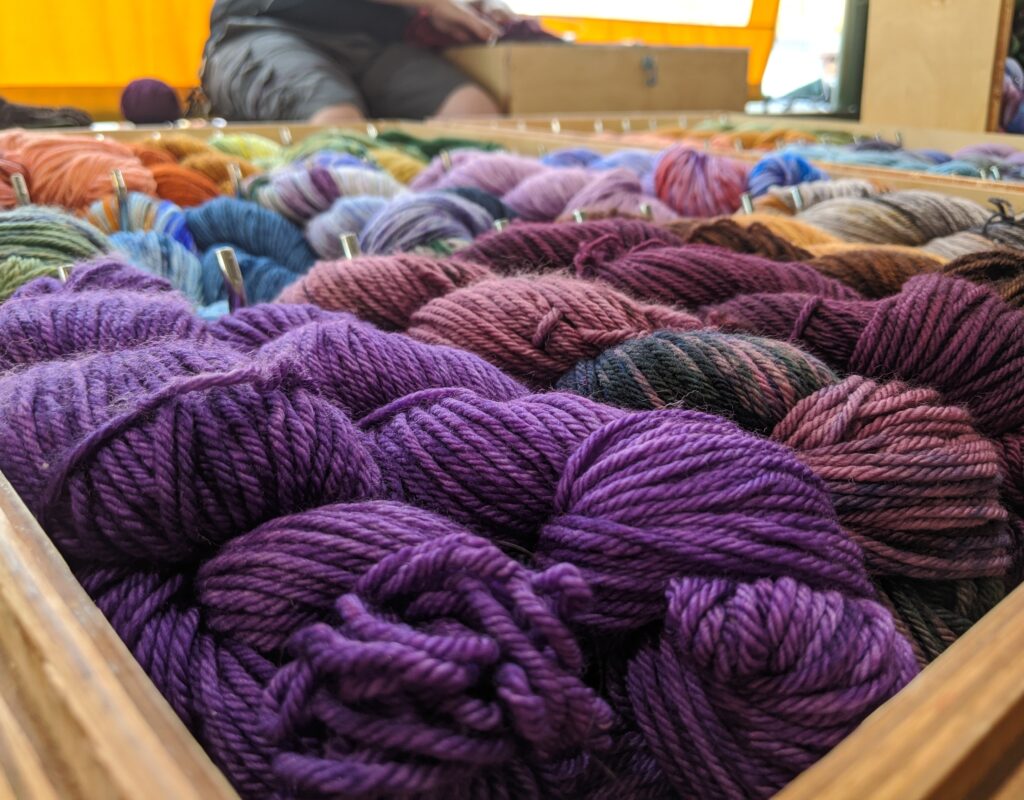 In our Handmade & Homegrown video series, we’re taking you to our Crafts Market and introducing you to the artists behind one of the largest and most diverse Crafts Markets in the U.S.